I have no idea if Jesus would go to an amusement park. But I’m guessing he definitely wouldn’t go to this one, especially since it would cost him $25 to get in, and we all know Jesus doesn’t carry a wallet. The Holy Land Experience was “taken over” yesterday by Paul and Jan Crouch’s Trinity Broadcasting Network. After losing money each year since its opening in 2001, the HLE needed a financial savior, and they found one in TBN, whose revenues last year topped $200 million. You do know Paul and Jan Crouch, don’t you? 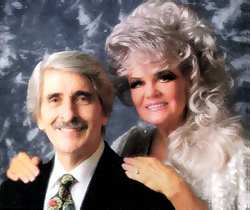 I think that amusement is a very good thing. And parks are good things, too. And my kids had lots of fun at the Six Flags amusement park when they were younger. But there is something very strange and, for me, off-putting about a Jesus amusement park, whether it’s this one in Orlando, the new Creation Museum in Kentucky (see May 31 post), or the proposed Bible Park USA in Tennessee.

What those places all have in common is the selling of a very American version of Jesus- and that is what they’re doing; there were ads all day today on TBN for their newest Holy Land acquisition. The owners of these parks are selling a Jesus that looks like us, talks like us, believes in American values, goes to church on Sunday, and eats apple pie. Since one has to agree to a “Statement of Behavior” before entering the HLE, though, I doubt that anyone will get away with turning over the money changers tables in the gift shop, which is probably what the Palestinian Jesus would have done. The preachers in charge of the place might even have to call in the Roman centurions Orlando police if such a disruptive thing were to happen.

The good people of Blackman, Tennessee are standing up for Jesus and against the exploitation of his name by developers who want to build the 100 acre Bible Park USA (yeeee-haw!) in their backyard. You can see the site here-it is proposed to sit directly behind the outdoor chapel of the Methodist Church: 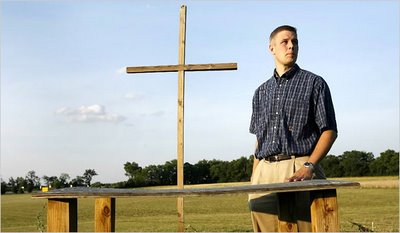 Bryan Brooks, pastor of the Methodists, along with other Methodists and Baptists of Blackman, are trying to stop the digging up of their backyards for this “Bible” extravaganza. They don’t need a 6 foot tall, animatronic, Caucasian Jesus who speaks English to tell them which way the Spirit is blowing. They already seem to have a pretty good handle on it.*

*thanks to Actually, I thought I was helping… for some of the above comments

One thought on “Would Jesus Go to an Amusement Park?”